I’m Robert Perez, and I wear many hats in my life, and I know that you do too. Balancing a job, family life, personal life, and any other life is a challenge. However, I believe that personal development is critical to making all of these ‘lives’ work for you. As a Soldier in the Army, consistent development is a part of daily life. 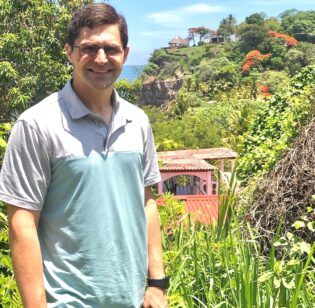 Here’s me enjoying the scenery!

Sometimes, Army life can feel unbearable with the neverending taskings, CQ duties, and requests from higher. Yet, duty-filled Soldiers carry out those responsibilities and get a ‘hi-five,’ an award, or mostly nothing in return. So it’s no wonder why Soldiers get disgruntled after receiving minimal feedback after they complete their tasks.

Further, the frustration builds because sometimes (more often than others) Army taskings take a perceived higher priority than personal life events. Only afterward do you realize that someone else could have taken that staff duty shift while you went to your son’s soccer game.

How many birthdays, concerts, games, and family events have been sacrificed to Army missions/tasks? Regrettably, that number is relatively high. Also, current and former Soldiers have been divorced, missed funerals, births, and other life events due to the Army requirements.

So, now I pose this question: how does this frustration help create a more ready Army? Answer: it doesn’t.

Fortunately, Army leaders have noticed that the old Army way is not sustainable for a more equipped fighting force. For example, General James. C. McConville, Chief of Staff of the Army, wrote an article entitled People First: Insights from the Army’s Chief of Staff.

Now, the Army is implementing a People First strategy to hopefully change the way Soldiers live and operate within the military.

That is the question of the year, and it’s worth addressing.

As the Army grows more complex and family lives become more diverse, it’s so important that we genuinely understand how to promote a People First Army in our formations.

As leaders, we owe our Soldiers leadership to encourage them in their Army careers. And, as the Army transitions to peacetime, it’s time to reshape our focus toward a People First Army.

However, it’s challenging to know how leaders can create a People First Army. Traditionally, Army leadership centered around a knife-hand and expletives. People First was an afterthought because the Army always came first. Now, that is changing.

For this site, I attempt to describe how a People First Army is supposed to look. So, I’ll try and do that in a few ways:

I’m on Twitter a lot, and some issues like Family Care Plans and the new ACFT are frequent topics. These are excellent issues to address for the new People First Army.

We can better discuss a People First Army answer by raising awareness of the Army’s most relevant issues. And, being on Twitter, I see leaders like Sergeant Major of the Army Grinston taking notice and addressing problems.

In addition, I believe a People First Army requires changing the way we speak about each other as Soldiers.

I believe in creating a People First Army, one blog post at a time.

I welcome questions and comments on any posts so long as they are respectful and contribute to a People First Army.

Also, anything I write on this blog is my opinion and does NOT represent the United States Army, Department of Defense, or any government entity. The content I publish is my own opinion.

I hope you enjoy Leadership Brown Bag! I look forward to engaging with you on the most critical issues facing a People First Army.