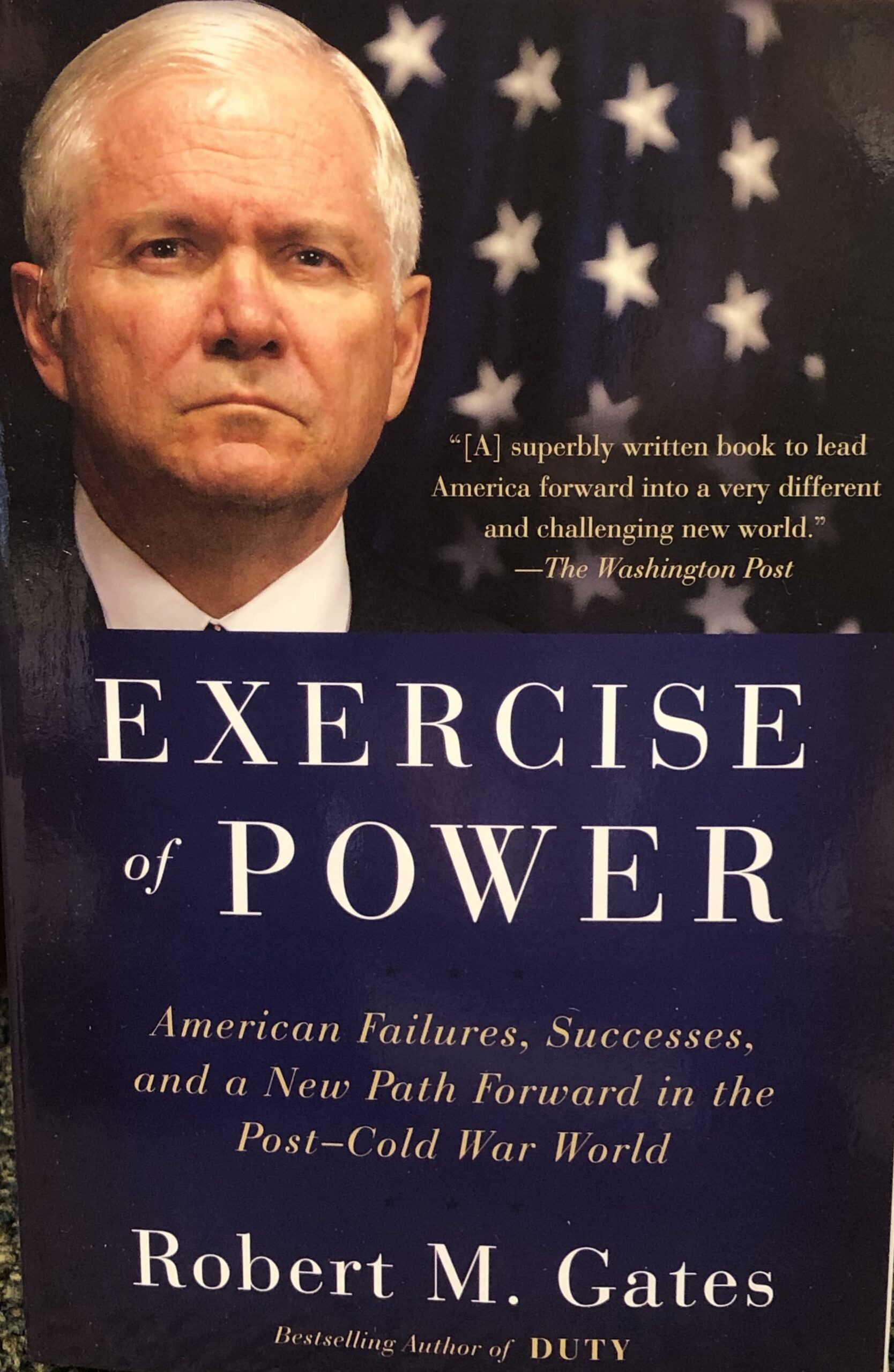 Exercise of Power: American Failures, Successes, and a New Path Forward in the Post-Cold War World by Robert Gates is an eye-opening perspective of national security in the United States. Gates worked for eight U.S. presidents in various positions, including as Secretary of Defense.

Gates’ thorough account places a lens on presidential decision-making under extreme political pressure. He dissects how presidents use the instruments of power at their disposal to achieve success and where each president failed.

National security challenges have plagued post-Cold War leaders in the United States, including September 11, 2001, the Iraq/Afghanistan wars, and economic rivalry with China.

First, I’ll give a summary of Gates’ book and then provide some key takeaways.

Gates begins his book by asking an important question. In lesser words, he asks: how did the United States decline from global leadership following the Cold War?

Exercise of Power highlights this argument through understanding the instruments of presidential power.

In Gates’ opinion, presidents must know what instruments of power they have at their disposal, which one is correct given the situation, and how to deploy each tool properly.

Gates uses the metaphor of “instruments” in his book because it accurately depicts the “symphony” in which presidents wield these resources.

His first chapter discusses the necessary instruments of power for presidents to use.

Presidents can use these instruments of power in any way they choose under the National Security Council’s suggestion. The tools that presidents have favored are economic sanctions and using the military.

Gates is critical of Congress’s weakening of the State Department. Moreover, the book highlights issues with countries that degrade their ability to conduct diplomacy.

He was also critical of presidents overusing the military for missions. Further, according to Gates, presidents must exercise caution when engaging in armed conflict.

Gates praises Presidents Regan and H.W. Bush for their judicious use of these instruments of power against the Soviets and the Gulf War. He was more critical of Presidents Clinton and Obama during their tenures.

Not everything was bleak in his book. Plan Colombia was a bright spot in American foreign policy after the Cold War. And Africa was another success won by presidents.

Gates was candid with his criticism, especially of Congress. He was especially annoyed with U.S involvement in Iraq and Afghanistan partly because both countries have been aggravating to presidents and leaders.

His Colombia chapter was a pleasant bright spot in U.S. foreign policy even though it didn’t accomplish everything it intended to solve. Gates was supportive of the administrations that implemented Plan Colombia.

Gates engaged with his audience throughout the book. Each chapter held several unanswered questions to ponder. I appreciated his analytical approach to foreign policy and even admitted where he erred in specific areas.

Even though Gates was pessimistic about America’s role in the world today, I felt like he wanted to contribute to the conversation rather than slander current and past presidents. His tone throughout the book was skeptical optimism, especially with the successes he talked about with Colombia and Africa.

Additionally, Gates’ book is not a leisurely read. It took several weeks to comb through the details and sort out his opinions. I would use Exercise of Power as an excellent reference for a modern worldview.

Overall, I felt like Gates did a marvelous job showing what he learned during his fifty years of public service. It was eye-opening to read about the situation room and the difficult decisions that presidents face.

Overall, I enjoyed this book! I think every leader needs to know how presidents use their resources. A sitting president is an excellent example of how a leader makes decisions for better or worse. So, it’s no surprise that Exercise of Power paints a beautiful picture of the president’s decision-making process for leaders today.

If you want to buy Exercise of Power, click here.

Have you read this book? Let me know what you think in the comment section below. Thanks!

6 thoughts on “Book Review: Exercise of Power by Robert Gates”

Ask More: The Power of Questions to Open Doors, Uncover Solutions, and Spark Change by Frank Sesno (forwarded by Wolf Blitzer) describe the power behind good questions. As a journalist, 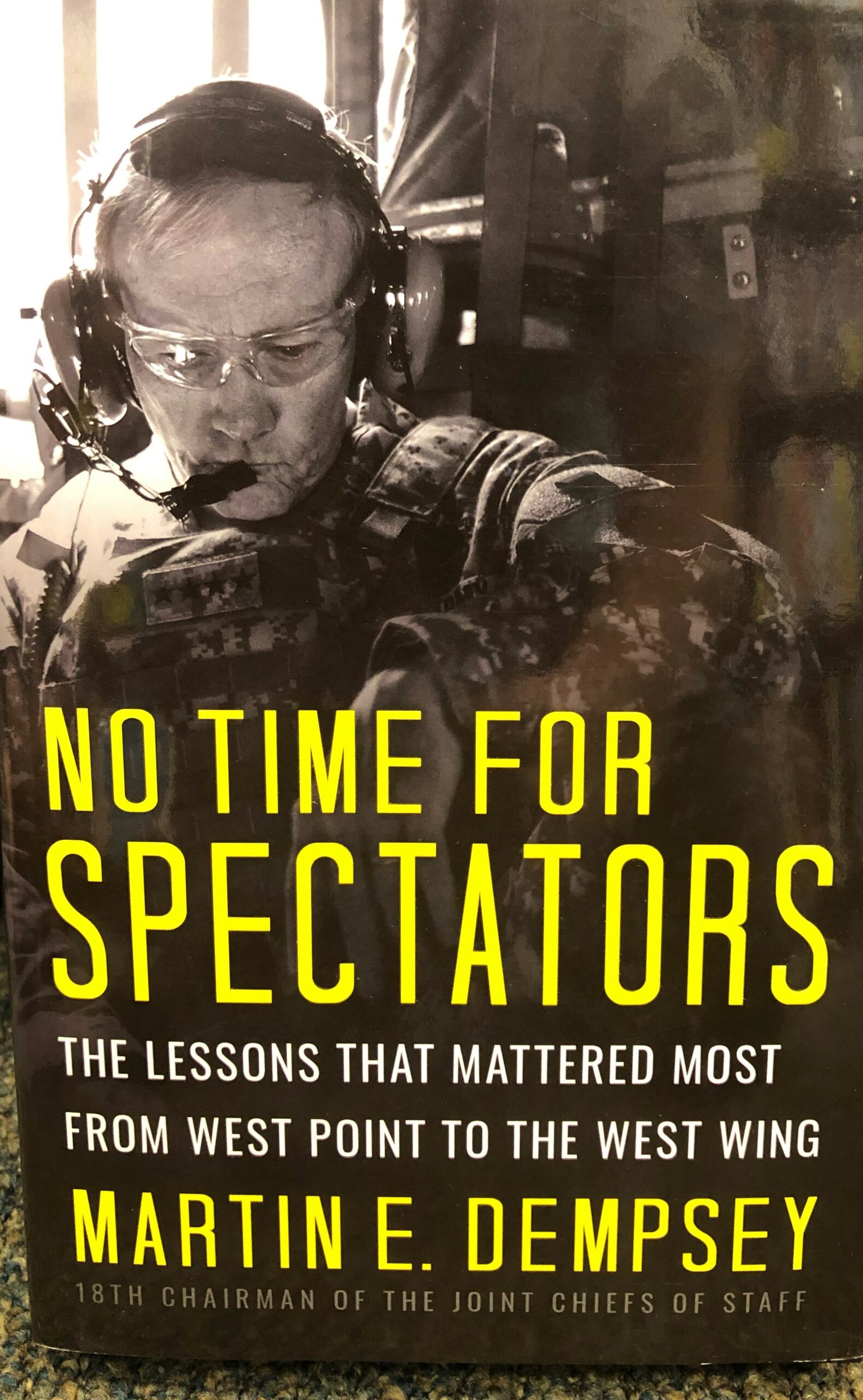 No Time For Spectators: The Lessons That Mattered Most from West Point to the West Wing by General (R) Martin E. Dempsey is a refreshing read for all leaders. General 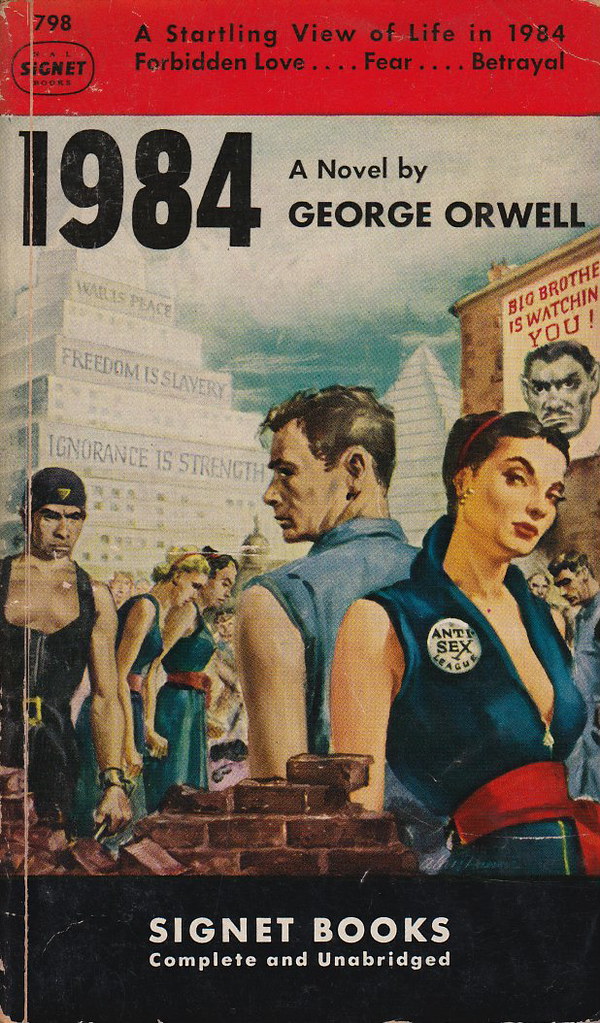 George Orwell’s 1984 is an account of Winston Smith, who lives in a highly controlled society where the Party is “always right.” This fictional novel expounds on the outreach of